Jaguar-Land Rover plant employs Genie Machines, in Nitra, Slovakia, to assist in the impressive new build, Statech S.R.O. supplied 120 Genie® boom lifts and scissor lifts to JLR and its sub-contractors. “…the Genie machines have lived up to their reputation in all respects”, comments Vladimir Pauliny, Managing Director at Statech.

Employing up to 4,000 construction workers and 648 machines on the job site, construction of the new Jaguar-Land Rover (JLR) production plant in Nitra, Slovakia, first began in November 2016. To assist in the impressive new build, Slovakian- and Czech-based Genie Authorized Distributor and Service Provider Statech S.R.O. supplied 120 Genie® boom lifts and scissor lifts to JLR and its sub-contractors. Supporting customers across 16 countries in Central and Eastern Europe, Statech S.R.O. has more than 11 years’ experience in aerial work platforms. 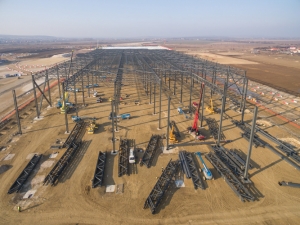 Offering maximum working heights from 14 m (45 ft 10 in) to 43.15 m (141 ft), and maximum lift capacities from 227 kg (500 lb) to 1,134 kg (2,500 lb), the Genie machines were primarily involved in the erection of the steel structure of the main production hall and the paint shop. At a ceiling height of 28 m (91 ft 8 in), the latter is the site’s tallest building. With less than a year to erect their frameworks, walls and install the roofing, the buildings’ outer shells were completed as scheduled between August and September last year. 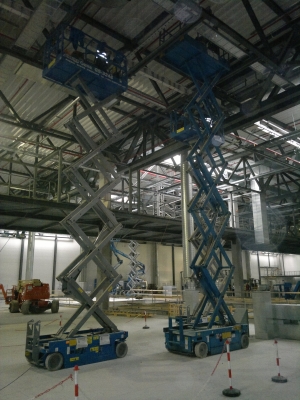 “The stakes of this mission are high,” says Vladimir Pauliny, Managing Director at Statech Slovakia S.R.O. “Working from start to finish in tough conditions to a strict delivery date, the job demanded machines capable of enduring intensive operation and performing reliably for months on end. So far, even during extremely high temperatures last summer, we can certainly say that the Genie machines have lived up to their reputation in all respects.” 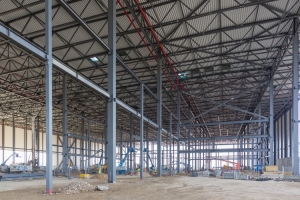 Now into the final stages of the plant’s construction, Statech’s battalion of Genie aerial work platforms is currently involved in assisting in the installation of electrics, air-conditioning, sprinkler systems and production-line components. The Genie machines are also taking part in the construction of new buildings for JLR sub-contractors.